Given that I have grown up and lived in New England my entire life, it's quite shocking (at least to myself) that I have only ever been to Maine once in my life.

The one time I went, we rented a small and cozy cabin for a long summer weekend escape. We weren't exactly secluded from the world in our cabin as there were others a stones throw away, but we had a nice little escape from society during our time up there.

Breathing in the fresh woodsy Maine air blowing in from an open window while playing board games was such a relaxing and refreshing feeling I often think back on. It was my own taste of summer camp, despite my parents never getting me out of their hair as a kid by sending me away to one. 😅

That all being said, at least this time around I was old enough to have a nice adult beverage while playing Connect 4.

Those who know me well are aware that I absolutely love craft cider. You probably know that too because it's written on the sign-up page for this newsletter (wink wink, nudge nudge, if you're not signed up already). The other week, my favorite cidermakers (and second home in Cambridge, MA, at this point), Artifact Cider, have released a new cider: Upta Camp

Upta Camp is a refreshing, floral, and sweet wild Maine blueberry cider. For a cider, I was very surprised. It's not a quick drink, even in their 10oz pour. Instead, it's a slow sipper.

It gives off the feeling of drinking an well aged red wine, but instead it's a cider. It may be the "thickest" cider I've ever had, but I say that only loosely since it is not actually thick. You absolutely want to take your time and savor every drop, especially with an ABV of 6.8%.

When I first sampled it, each sip took me back to the cool evening breezes of sitting in that cabin so many years ago. It's an crisp evening at summer camp on tap, and with that thought and feeling in mind, I had to ask myself "what does Upta Camp even mean?"

Turns out, according to The Forest Society of Maine, "Upta Camp" is a cherished Maine tradition of spending time at camp. Go figure!

If you're a Boston city pal, or one of those lucky to enjoy the calm woodsy areas of western Massachusetts, you should absolutely swing by Artifact Cider in Cambridge or Florence and give their new cider a try. They now even have it available in cans to-go if you're in a hurry!

If you go, Tweet me (@NickMudry) or tag me on Instagram (@Nick_Mudry) in a photo of you enjoying an Upta Camp. Would love to hear what you think as well!

While we're here... with all this talk about Maine, let's set the record straight about their clam chowder...

Seriously. Why do they water it down so much? It's so soupy. Maybe I'm a clam chowder snob, but at the same time, yuck, I cannot stand the composition of it. You just lose all the joy of a warm thick bowl of chowder on a summer beach night.

Maybe somebody someday can convince me otherwise though. I might be willing to give it another shot next time I find myself up that way.

If you've made it this far, as always, I salute you. Thank you for taking a moment to read my rambling thoughts about the joys I've stumbled upon this week.

If you're not subscribed my Musings, you should absolutely do so. Simply click here and you'll be brought to the page to become a member for free.

Already subscribed? Right click and share this link with a friend who you think would love to learn more about rad cider, music, and food things in Boston.

That's all I got for now. Until next time...

"Musings - plural noun - a period of reflection or thought." - Oxford Languages I've always found sharing my thoughts to be a rewarding therapeutic output for me. Writing has always been one of my creative outlets for well over a decade both personally and professionally. While this hobby of 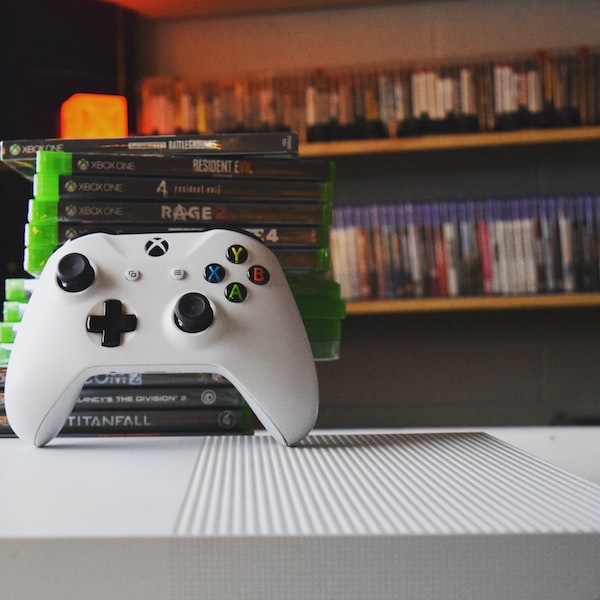 Way back when Halo 3 was the game to play on Xbox 360, Bungie started giving away their fabled Recon armor set to players who submitted screenshots to their weekly competitions. Week after week I submitted silly screenshots, each week hoping to receive this special armor. Well, one week I